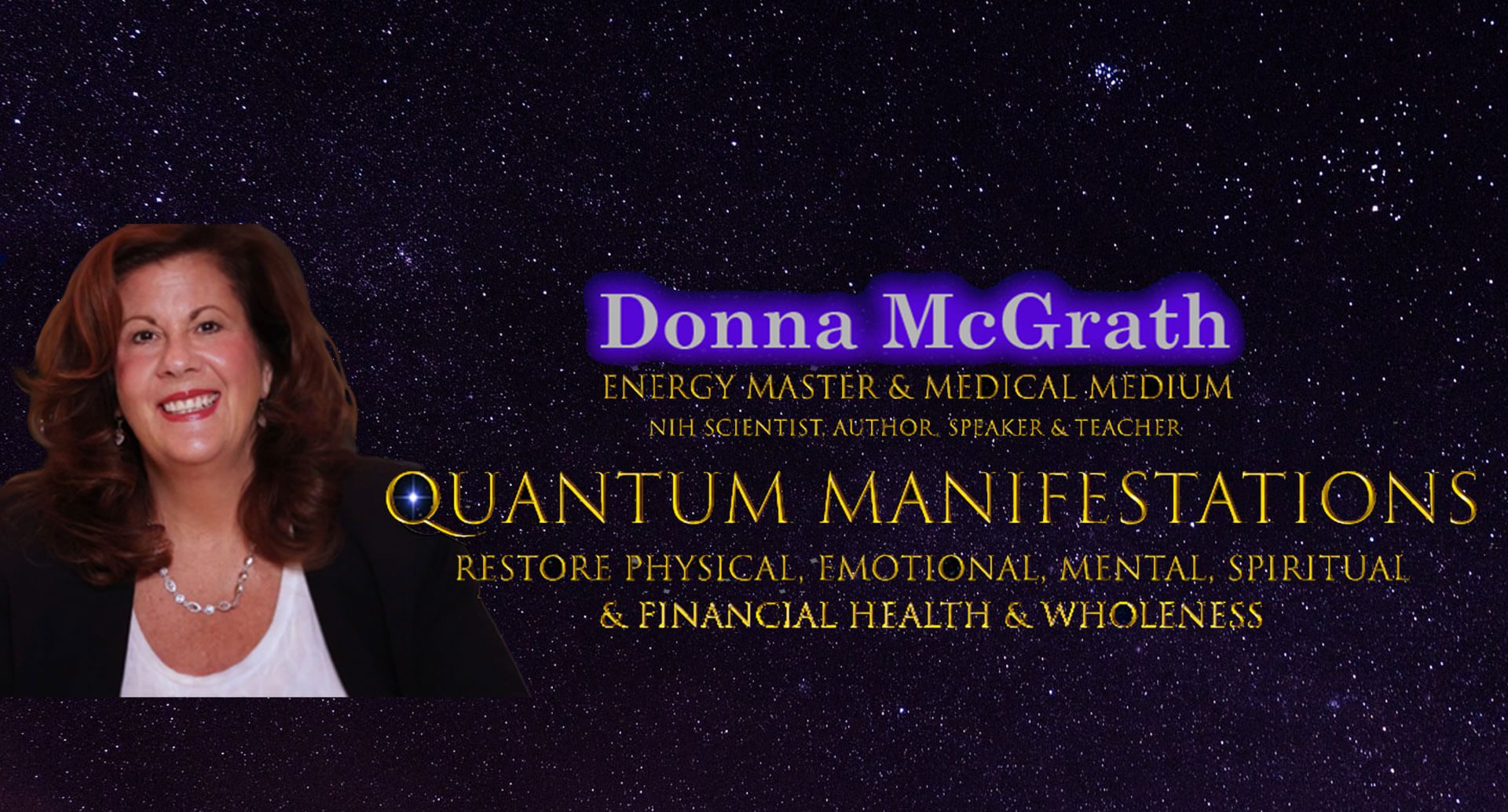 Donna McGrath, former NIH Molecular Biologist, was invited to The White House under Ronald Reagan for her ground-breaking work on sickle-cell anemia, which was featured in TIME, Newsweek, API, UPI, The New York Times, The Wall Street Journal and The New England Journal of Medicine.

Following her life-altering 1994 Journey to Enlightenment experience, in which the Light of God revealed the “cure for all dis-eases” to her, and revealed prophetic scenes regarding the history of the planet (which all have come true, including… The Blizzard of 1996, Hurricane Floyd, 9/11, Falling of the Stock Market, The Indonesian Tidal Wave, rising oil prices, the China Earthquake, the current American Economic Depression, and future prophecies, she was gifted with clairvoyance, clairsentience, clairaudience and the ability to perform long distance healing miracles.

As seen on CNN, Donna is a gifted Trance Medical Medium and Master Energy Healer who communicates and facilitates miracle healings from The Other Side. She has performed over 45,000 readings as a Trance Medium, Contacting the Deceased, and facilitated thousands of individual counseling sessions and miracle healings worldwide utilizing her unique channeled long-distance healing technique.

Donna worked behind the scenes on Bravo TV’s hit show, Project Runway, Season 4, energetically inflating a model’s collapsed lung via phone and obviated the need for subsequent lung surgery the next week…

She acted in and advised on the set of The Mandala Maker, an independent film in which a young woman heals herself of a severe emotional trauma by painting healing mandalas, which qualified for an Oscar in 2009. She starred in the documentary, Snake Hill, in which one man’s 22 year search for his grandfather’s remains leads to the largest disinterment/re-interment in US history at New Jersey’s infamous Snake Hill burial grounds.

Slated for future release are From Corporate Mentality to Spiritual Reality; A True Out-of Body Journey to Enlightenment, Miracles of Total Body Healing, True Cases of Miracle Healings from the Files of a Master Energy Healer, and Healing Your Feelings, Change Your Life, An Emotional Transformation Technique for Healing the Self and Interpersonal Relationships.

Available now for purchase is her MP3, From Corporate Mentality to Spiritual Reality, Mystical Experiences where  Donna describes her transcendent OBE to the Light of God and several other mystical experiences such as kundalini experiences, pre and post cognition and an angelic visitation from the Archangel Gabriel.

Currently available is Donna McGrath’s NEW  Miracles of Total Body Healing MP3, a multipurpose MP3 which is 45 minute full body meditation, which can literally be used to heal all conditions, depending on the user’s intentions. It is EXTREMELY powerful.

Back to top of page